Legend of the Windigo

I have been working on a project with my girlfriend  and I have some other surprises coming over the next couple of months to this page as well. The project we have just finished was a documentary about a Native American myth, the Windigo, or Wetigo, Wendigo....Not sure. It is different for different cultures. The monster comes into being when someone cannibalizes his companions and becomes possessed by an evil spirit as a kind of divine punishment. A particularly sick individual might even invite the evil spirit in without the act of cannibalism. 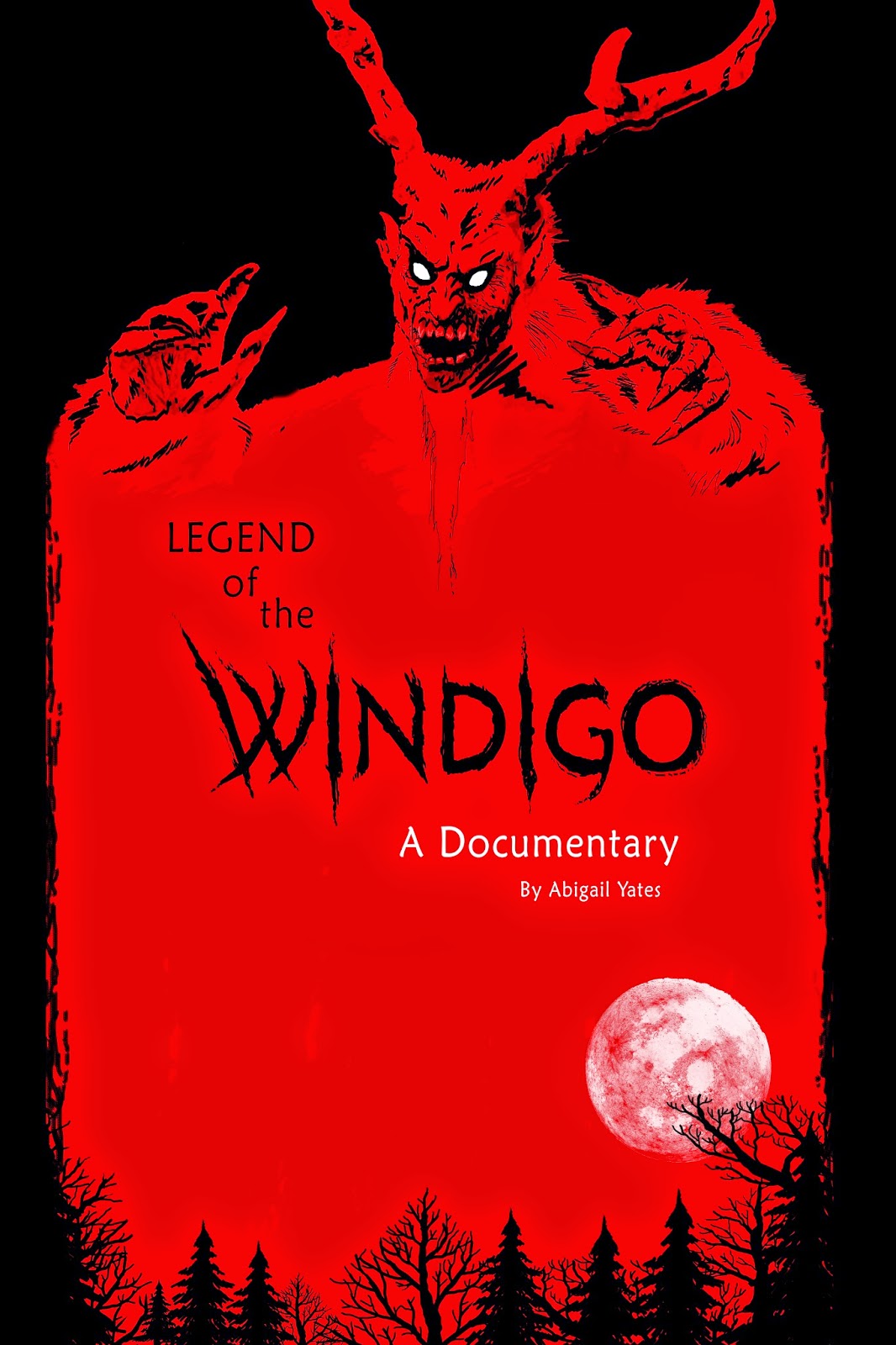 Poster art thrown together in an hour.

The creature can move at blinding speed, is endlessly hungry, has a heart made of ice, and antlers...maybe. Due to the numerous cultures that make reference to the creature it is hard to pin down one look for it. Some accounts describe it as a large furry creature and others as an emaciated and starved corpse like thing, some also say it is frozen and or made of ice and snow. 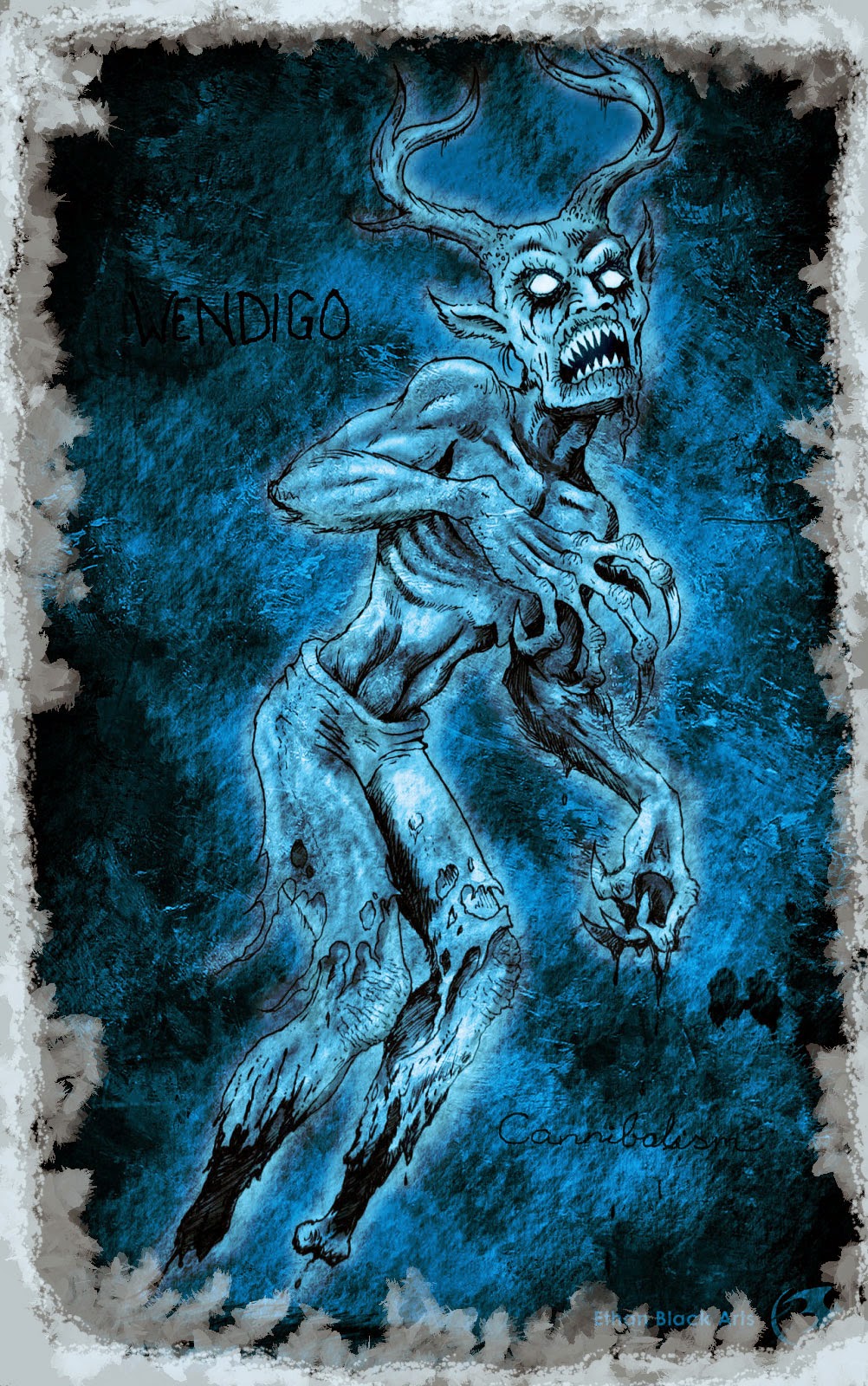 One of my interpretations.

The creature has been the inspiration and subject of many TV shows, films, and even super villains. Marvel comics has a big Wendigo that often fights the Hulk and Wolverine. 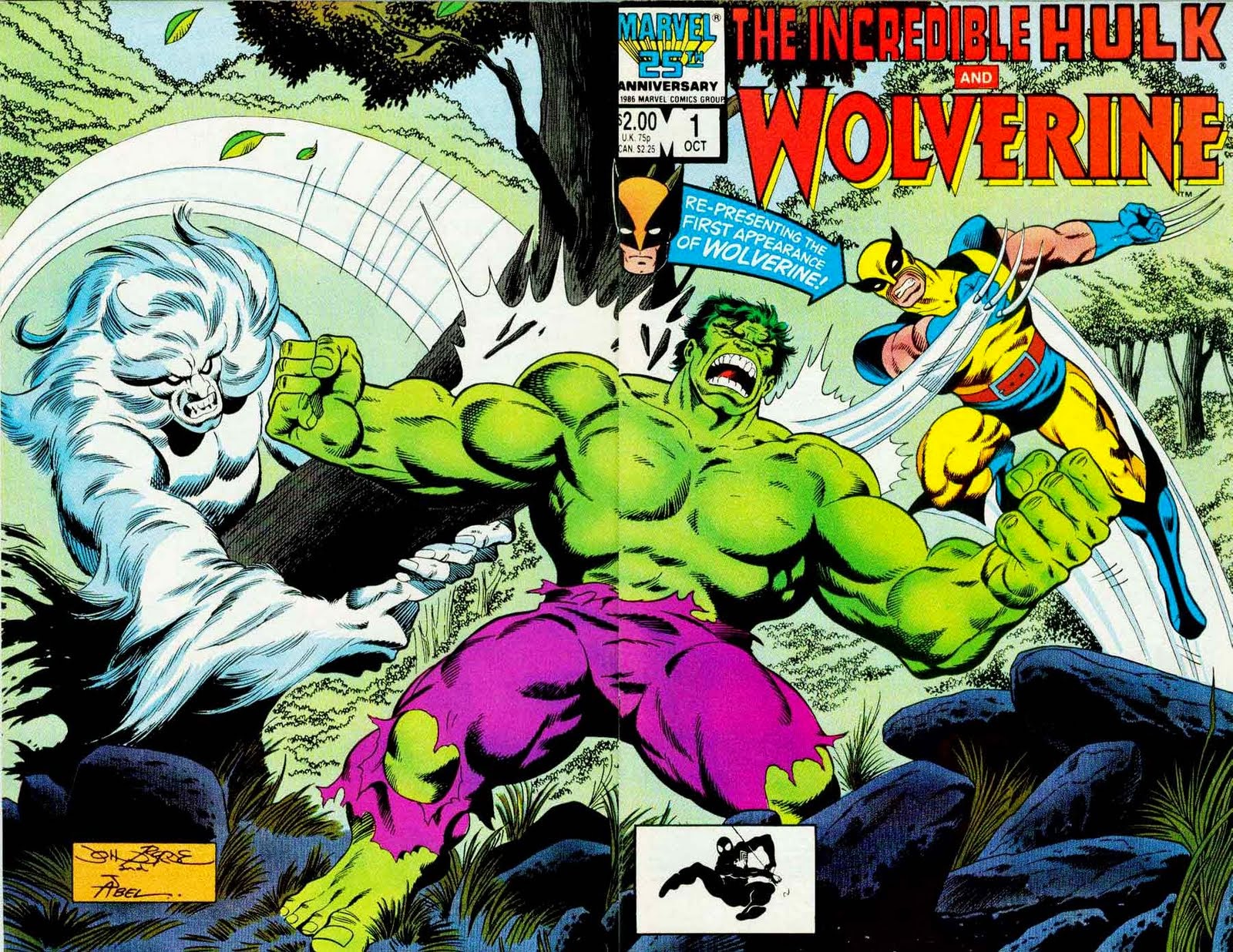 The Wendigo has also been sighted on shows like Supernatural (Season 1), Charmed, and Sleepy Hollow. Movies use the legend often as well. Stephen King's Pet Sematary, and Ravenous. Ravenous is an amazing film. FYI
Posted by Mr Black at 8:00 PM No comments: Links to this post