Get the Pumpkin Rolling!!!

The season is fast approaching and I am not near ready. I have a trip out of town and then I must get the pumpkin rolling on my projects for this years haunt. I have many things planned to traumatize my trick or treater friends and can't stand to disappoint them. 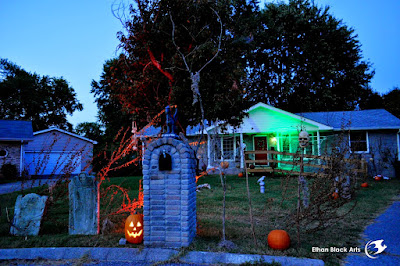 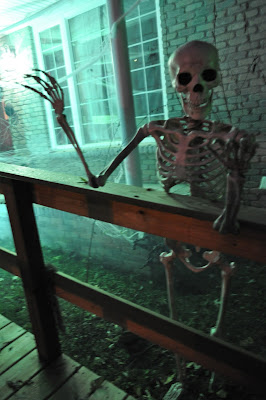 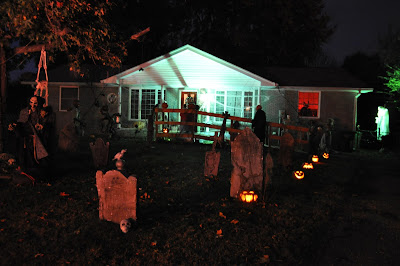 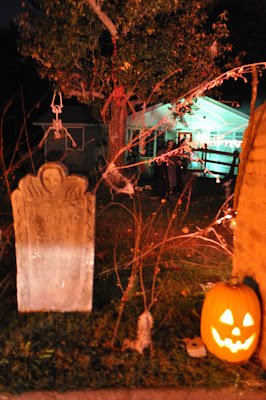 Posted by Mr Black at 1:17 PM No comments: Links to this post 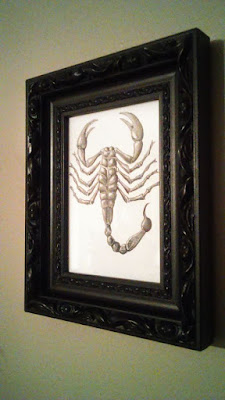 I hate admit it, but I like this show better than anything else on television right now. More than Game of Thrones and The Walking Dead. Penny Dreadful speaks to the heart of me.  Vanessa Ives is played by the remarkable Eva green who makes the show spectacular. If you have a chance to see it, take it. It is rare for a show to inspire me to illustrate something connected while watching it, but this scorpion was very much the result of viewing the show.
Posted by Mr Black at 1:10 PM No comments: Links to this post 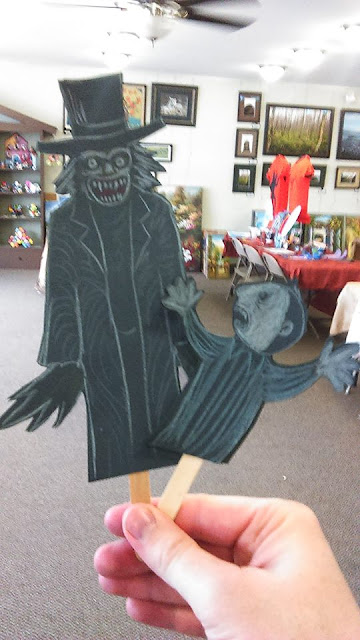 The Babadook is one of the better horror films I have seen this year. If you haven't seen it I highly recommend giving it a go. I taught children's art classes this past few weeks and my students were big fans of all things spooky and monster. They asked me to make scary puppets, and so I did.

Posted by Mr Black at 1:03 PM No comments: Links to this post

Last Halloween my beautiful girlfriend and I dressed as vampires and she was a knockout. Her look reminded me of the hammer film hotties of the Christopher Lee era. I love dressing as vampires, I know they get a bad rap and that they have been degraded my more modern films, but the old blood sucking fiends are a favorite of mine. Dracula, Nosferatu, Salem's lot, all did it right. Not all the modern films are bad. Let The Right One In, 30 days of night, Day Breakers are examples of some great vamp films. 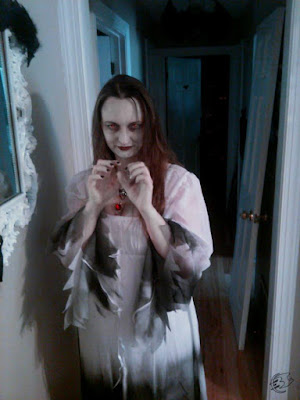 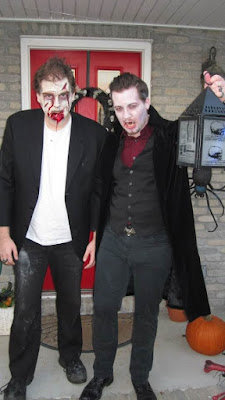 My cousin and I heading to the Halloween party 2014 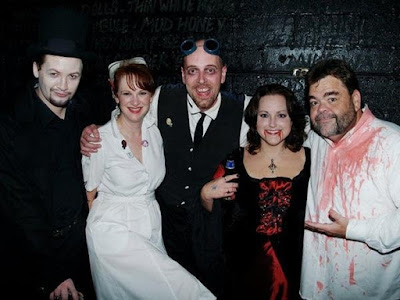 The Creature Feature gang and friends.
From left to right (Me, Linda Wylie, Larry Underwood aka Dr. Gangrene, Carrie Galloway, and Donnie Waddell) 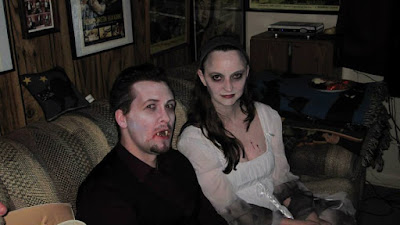 Abigail and I at the epic Halloween party. 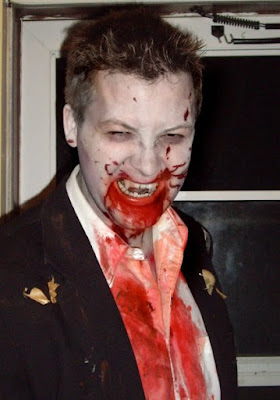 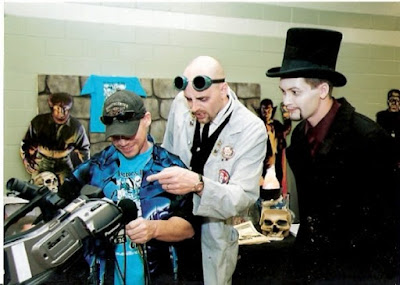 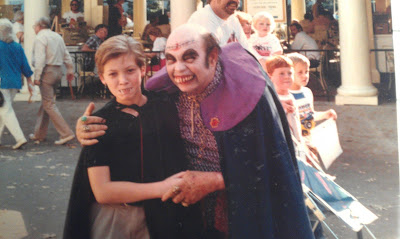 12 year old me with the late great Sir Cecil Crape. 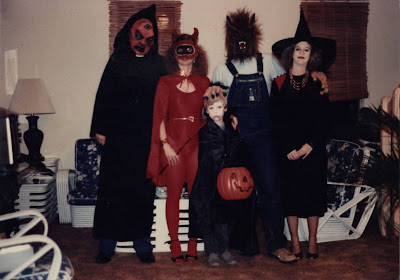 My family getting into the fun. I wish they were still cool enough to get dressed up like this. I was around seven when this photo was taken. I love this photo....But not the furniture.

Posted by Mr Black at 5:28 PM No comments: Links to this post

Way back in my early twenties, not all THAT long ago. I took some photos of my yard haunt and the film came out great. When I look at these images it takes me back. 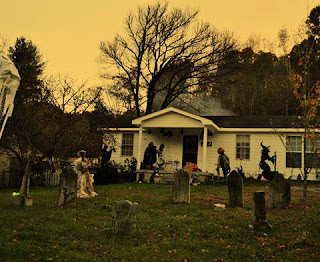 The smake behind the house was from burning off the garden. 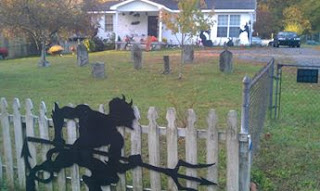 My parents weren't to fond of ole Scratch. 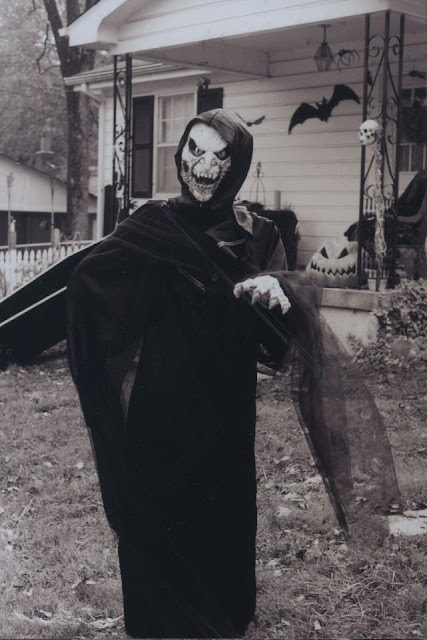 My vampire even gave me the creeps. 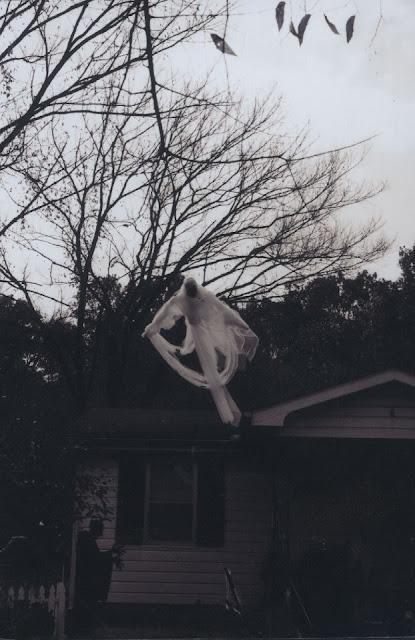 I love this picture, the ghost has long fallen to pieces.

Irish lore describes the Banshee as a weeping woman who is a kind of fairy folk. This is not to say that the Banshee is not also a kind of ghost or spirit as these things are all interconnected in Irish lore. Banshees have always been a favorite of mine, I love a keening spirit. The idea is very creepy to me. 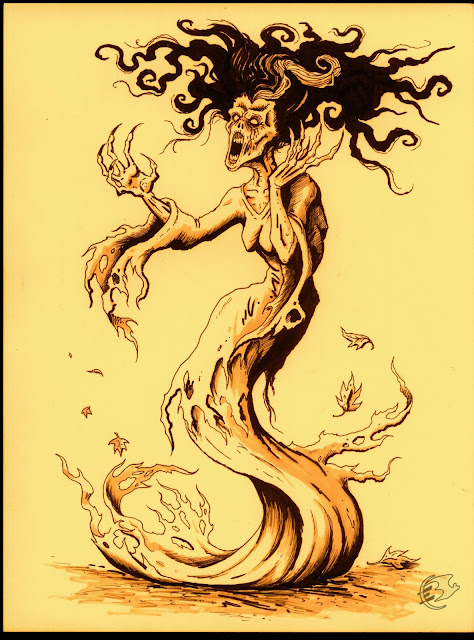 This Banshee was drawn for my Dictionary of Mythological Creature, I hope to have it ready in the next year. 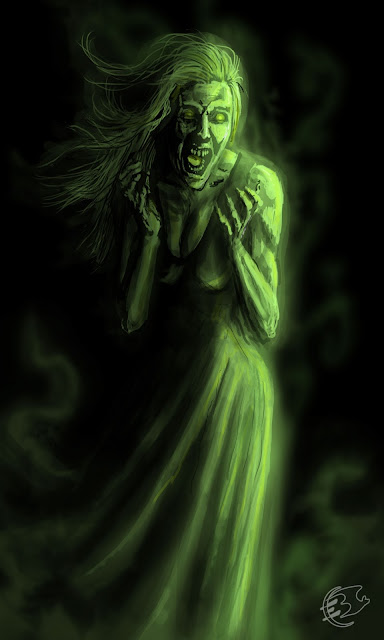 This Banshee was a digital painting project for a series of illustrations titled Thirteen Ghosts. 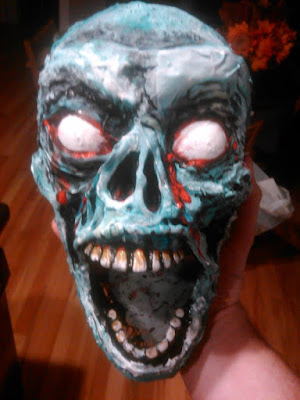 Last but not least is the Banshee I am building for my yard haunt. She is going to be very creepy. I can't wait.

Posted by Mr Black at 9:27 PM 2 comments: Links to this post

This animated short was my final project in school. It took six months, six thousand frames, forty seven background illustrations and an unimaginable amount of hard work. I created it to market myself and to show my love for classic animation & Halloween. I spent several months planning the footage and designing the characters before I started the project. When creating a production, pre-planning and organization are a must. 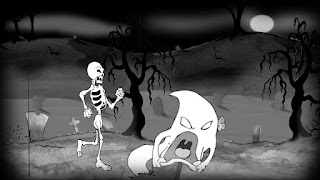 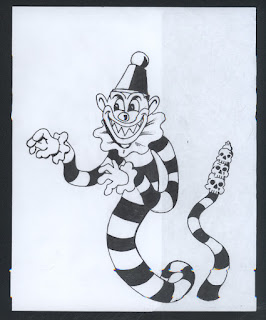 Posted by Mr Black at 1:37 PM No comments: Links to this post 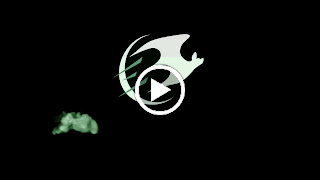 I have plans for some video and animation production stuff to share on here. I also have a ton of old stuff I have done that I plan to share. Stay tuned my fiends!
Posted by Mr Black at 1:27 PM No comments: Links to this post

Scary Face in the Window Trick 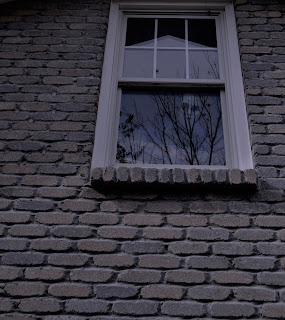 This trick has scared a few of my neighbors & it is super easy. All you need is a cheap plastic face from the craft store, some paint and some fishing line. Paint the very blank white face with some features, hang it in a high dark window and watch people freak. 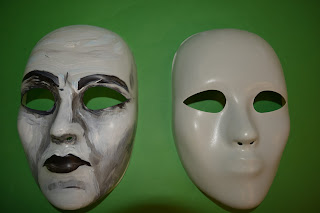 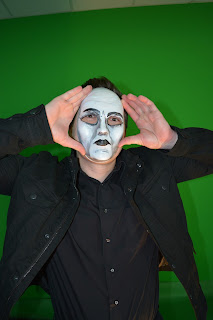